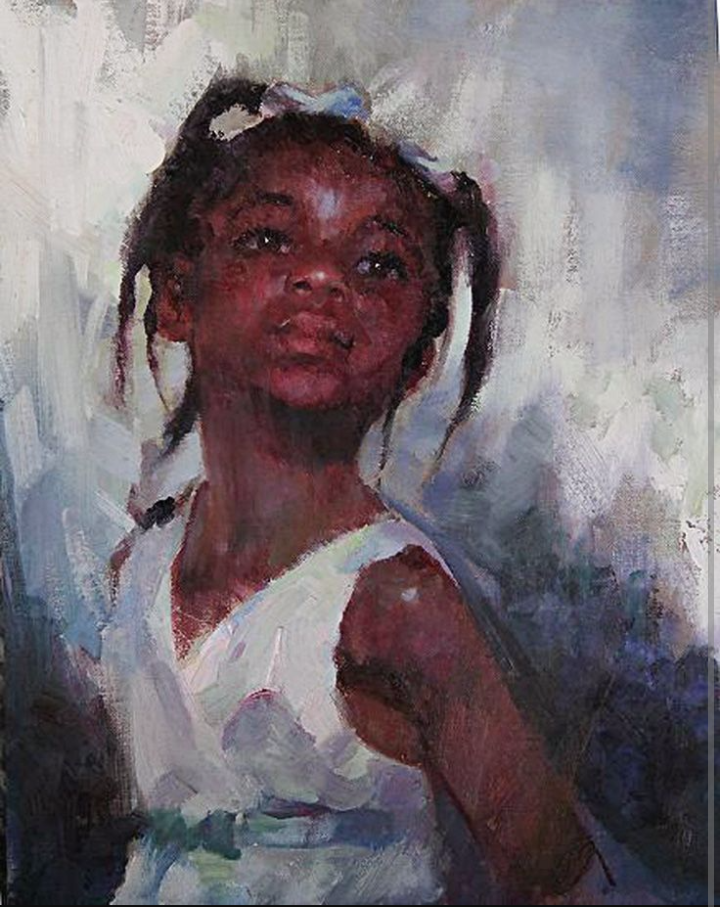 I remember the first time I absorbed the distinction between black and white, I was four maybe five. My mother had just returned from a study trip in the UK, and had all these pictures she was showing us, my father held one particular of her and her professors, one of them would be what you would call today, African American. It was then my father, in a surprised note said, ‘I didn’t know there was a black man in the panel’! Now to me, until then the only skin black and white distinction I had knowledge of was mine and my brother’s, I was the darker one and him, lighter. I heard that from every relative, family friend and neighbor, it was simply that, nothing major. I understood that some of our friends were a little like my brother and some like me, it was just life and we all ran around and played together. That day however, a whole different meaning came to my understanding. I looked at the photograph again, my mother is pretty fair in complexion, and the professor pointed out wasn’t much different from her, yet this time they were labeled ‘black’. My eyes could barely tell the difference in color really, from anyone in that photo yet it sunk in my mind since then that our skin differences were wider, it was now them and us.

You have to understand though, this is not to label my father racist or anything, thing is, if I did not hear it from him then I would have picked it up from someone else sooner or later. Matter of fact, I learn t a great other beautiful life impacting lessons from him; from the day I was born he has been the guidance, provider and protector of my family. He has taught me everything about self confidence by challenging me in his debates about history and the world, he showed  me that I matter and removed all fear of speaking out my mind  by listening so attentively to what I had to say and agreeing to some of my suggestions even as a child. I know I am beautiful and smart because of how proud he looked when someone/ anyone we met mentioned I was pretty, I saw him nod in agreement and went on to tell them how well I did in class.

I suppose what I mean to emphasize here, is one thing I have deeply come to understand in the very recent years of my life, and that is how much of an impact our parents /guardians have in who we are and how we see every single aspect of our lives, consciously or subconsciously our choices in work, leadership, relationships and love are touched one way or another by our history. Be not mistaken it is both their presence and/or absence that leaves us with an impact. 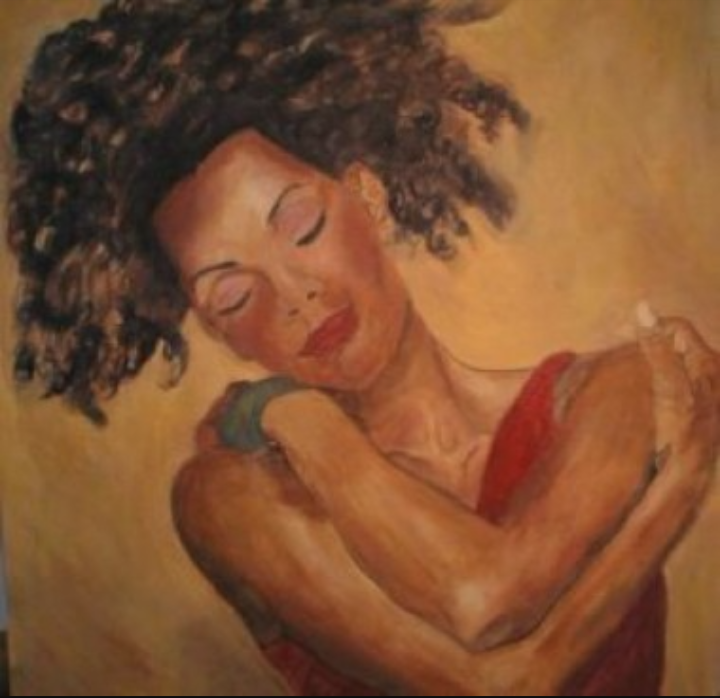 Often times what was said about an area in our lives leave a lasting scar; ‘you are useless’, a very disturbingly painful statement which may resonate in the mind of a child for years and create a feeling of worthlessness especially when heard from a person meant to create the grounds, the basis of all else for you.  That being in our conscious minds and awareness however, the walk to acting an opposite of the statement may be shorter, in some cases the statement may even turn to a motivation of wanting to be the opposite of what was said. They say, knowing the problem is half way solution and so in time and with a better love and understanding of self, I feel, what was said becomes irrelevant even obscured.

You know where I think the crisis lies? In their “actions” or lack thereof. That which they did to us or to anyone close to our hearts for that matter or was supposed to be done but wasn’t. I know now, that I learnt what I did was right when my actions were applauded and I was wrong when what I did was frowned upon.  As a child my mind was a big blank open book ready to receive literature on relationships, morals, love and every aspect of life. You know, thinking about this just made me realize how messed up we all are, one way or the other, because hey, none of us really did have saints bringing us up, if you did then well, I bet you had an encounter or two with the devil somewhere along the road of growing up, we are all broken in some way.

As an adult, much as we may have knowledge of how wrong things might have been, most times we barely are aware how much it has and or is still affecting us. Until we go back to  the root cause, understand it, accept the impact and choose not to allow that to define us anymore, close it, shut it and leave it right where it is, in the past, until we do exactly this, it will forever stumble in our present and wreck it. Speaking of the devil, he surely gets a whole load of blame on this (oh well, a worthy blame I think) yet I think if the devil is anywhere on the outcome of the past, he would be seated on the sidelines of your life with popcorn only pressing your hurt buttons and watch you go ballistic, while enjoying a movie of this. He would make sure to distance you at all cost from anyone or anything that might actually bring you closer to finding a true source of your troubles. Anything that speaks peace, speaks healing, speaks love, speaks understanding, speaks progress, speaks growth, speaks truth, speaks clean start, anything or anyone in this line will be attacked, the door to these will not be an easy open, the choice of these will come with all colors of difficulty. Yet the opposite, any road leading backwards will be a smooth and easy choice. Packaged in beautiful gift boxes that boosts ones ego, covered with ribbons of excuses. 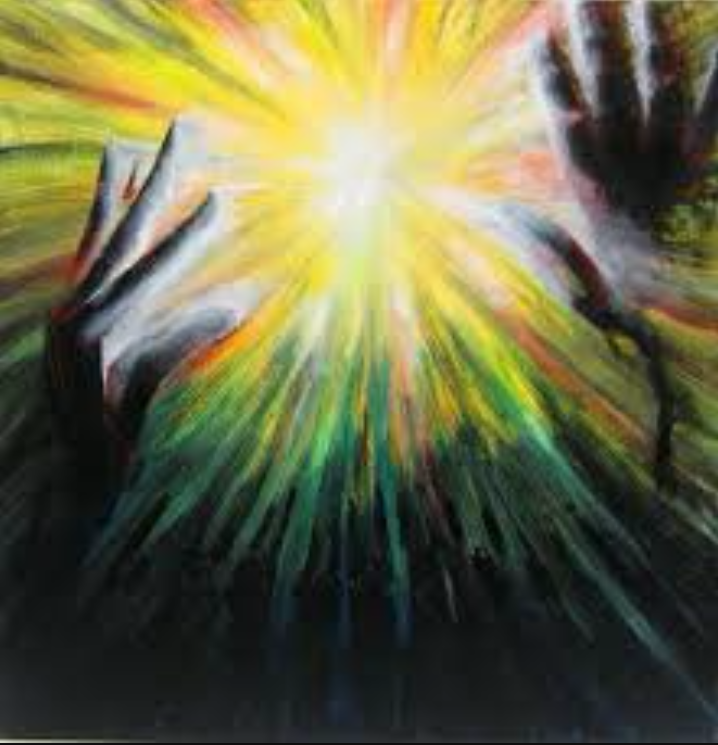 So I pray for the boy whose father was always away as a child, a father who only sent school fees, food and money for clothes and family needs from a distance, that when you grow up you don’t see it as okay to care for your woman or family from a distance. That you don’t end up searching to fill the void with a drink, women or a child, in search of something permanent, something that is truly yours or won’t leave you.

I pray for the girl, whose father left too soon for heaven, who secretly cried when all her friends brought their fathers with them to their talent shows, wished her father was there to chase away the bad boys or anyone who would harm her, and felt guilty for being mad at him for leaving her so soon, that when you grow up you would understand that every man is unique in his own ways but never perfect, and can never fill the shoes of your father.

I pray for the boy who never saw his father as often as he wished to, even when he knew he was somewhere in the very country, a boy who felt rejected for most of his life, whose father bothered not on what him or his mother ate, whether or not he was in school or where he slept. May you find strength to truly forgive your father. May you find the will to know and choose permanence over temporary relationships, the faith to allow a healthy discussion of issues with a loved one without fleeing even when you never saw that practiced  but most of all I pray you someday realize that when your mother still stayed despite all, she did a brave and selfless act yet it is not right to put every woman you meet through hell and expect them to put up with it as a measure of true love.

I pray for the girl whose mother chose a single mother life. ‘I just want a kid that’s all, I don’t need no man in my life’, she said. And all along this girl wished for a father, wondered why her’s didn’t want her, wondered whether it was her fault her father choose to be with his other family and not her’s. Blamed herself for so long. Hated her mother when she was older and understood her choices. May you someday understand that forgiveness does not mean agreeing on the mistake done or excusing their behavior, forgiveness only prevents their behavior from destroying your heart. Forgive not because they deserve it but because you do, you deserve to love yourself  enough to move on! I read this morning, “Keep your heart with all diligence, for out of it spring the issues of life” – Proverbs 4:23

So is there Hope? Knowing None of us are perfect, our guardians are not, they probably got messed up from their parents and parents before, do we just carry forward the wrongs from generations to generations? Well…There is a higher power. This I believe.Higher than any human or spiritual form. From whom all guidance and ways maybe sought. There is hope after all!!
May we have the strength to follow, not the path of least resistance, but the path that is Right.
May we raise children who will not have to recover from their childhoods!

A soulful darling of Literature. On a kingdom assignment for such a time as this!